The price of Bitcoin (BTC) recorded its strongest Q2 performance in history following a massive plunge on March 13 when the price dropped below $3,600 before eventually pushing above $10,000 over the next three months.

“Bitcoin is having today its third best quarterly close in its young history.”

Quarterly performances of Bitcoin throughout the past 6 years. Source: Skew

Three key catalysts that fueled the historic Bitcoin rally from April to June were: the May 11 block reward halving, demand for BTC at a multi-year low price, and a strong recovery in global equities markets.

On May 11, the Bitcoin blockchain network went through the third block reward halving in history. A halving decreases the rate of BTC production by half, as Bitcoin approaches its fixed supply of 21 million.

After the halving occurred, miners instantly suffered from a near-50% drop in revenues and were pressured to cope with the decline in profit. This led to talks of a capitulation among miners leading up to a halving.

Despite the halving, the hashrate of the Bitcoin network remains at an all-time high. Considering that each previous halving led to an exponential BTC rally, the strength of the hashrate is a highly relevant metric and currently it inspires optimism amongst traders.

Possibly due to the resilience of the mining sector, the price of Bitcoin did not see a strong post-halving dump as analysts predicted.

At the end of March Coinbase said:

“Since the drop, Bitcoin and the broad cryptocurrency ecosystem has rallied while equities have continued to drop (S&P -6% vs Bitcoin +23% as of March 27th). Coinbase customers in particular exemplified this buy behavior during the drop and thereafter.” 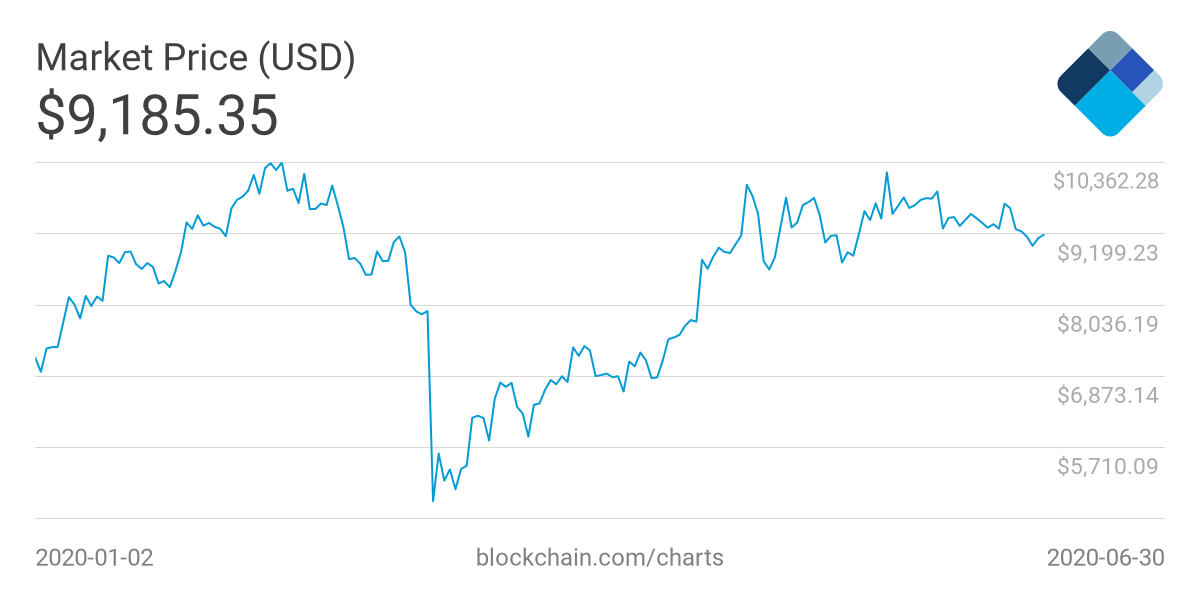 Just a month before the drop occurred, the price of Bitcoin was hovering above $10,000. Many analysts pointed out that the price was testing a multi-year resistance level at $10,500 and flirting with a start to a potential bull market.

Even as the price dropped by more than 50%, this narrative of BTC above $10,500 triggering a bull market remained attractive and contributed to the surge in demand from retail investors.

Recovery of the stock market

From late March, the total number of coronavirus infections rapidly increased. As of June 30, data from worldometer shows more than 10.5 million cases have been confirmed.

Regardless of the impact of the coronavirus pandemic, unprecedented amounts of liquidity injected in the markets by major central banks facilitated a strong V-shaped recovery in the stock market.

How to Mix Your Bitcoins Using Coinjoin for Greater Privacy

The Mystery of Warren Buffett’s Missing Crypto is Solved